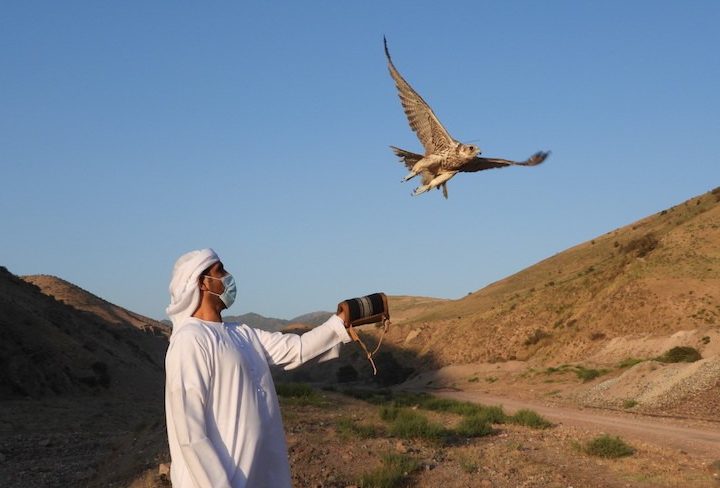 76 falcons are released in Republic of Uzbekistan during the pandemic, with the programme’s total releases crossing the 2,000-mark since its launch in 1995

Despite the current challenges posed by the global pandemic, 76 falcons have been released into the wild this year as part of the Sheikh Zayed Falcon Release Programme (SZFRP), taking the total to more than 2,000 since the programme first launched in 1995.

Following the success of 11 releases in Kazakhstan in previous years, the programme moved to the Republic of Uzbekistan, where 64 Peregrine and 12 Sakr falcons were successfully released. This brings the total number of falcons released and benefitting from programme to 2,002 in its 25 years.

The programme, which is under the patronage of His Highness Sheikh Khalifa Bin Zayed Al Nahyan, President of the UAE, aims to continue preserving the environmental legacy of the UAE’s founding father, the late Sheikh Zayed bin Sultan Al Nahyan by protecting the biodiversity and wildlife species.

The programme, which also operates under the support of His Highness Sheikh Mohamed Bin Zayed Al Nahyan, the Crown Prince of Abu Dhabi and Deputy Supreme Commander of the UAE Armed Forces and His Highness Sheikh Hamdan Bin Zayed Al Nahyan, Ruler’s Representative in Al Dhafra Region and Chairman of the Environment Agency – Abu Dhabi (EAD), is supervised by EAD in partnership with the International Fund for the Conservation of Houbara (IFCH) and Abu Dhabi Falcon Hospital (ADFH).

Prior to their release, all of the 76 falcons underwent a series of thorough medical examinations and extensive training under the supervision of Abu Dhabi Falcon Hospital staff and received their final examination on the morning of the release.
As part of the procedure, the falcons were identified and implanted with an electronic chip. In addition, 6 Peregrines and 5 Sakrs were fitted with satellite-tracking devices, powered by solar energy, which will monitor survival, propagation rates and traditional migratory routes. It will also collect scientific data that will help develop methods for preparation, training, releasing and a selection of suitable sites for falcons every year.

To help promote the wildlife and support efforts to preserve falcons in their natural habitat, the Environment Agency – Abu Dhabi encourages all falconers and wildlife enthusiasts to participate in the SZFRP programme by donating their wild falcons, both Peregrine and Sakr, to the Abu Dhabi Falcon Hospital at the end of the hunting season, or at any time of the year. The falcons will be examined, rehabilitated, and released according to the scientific regulations and protocols.

Made In The UAE 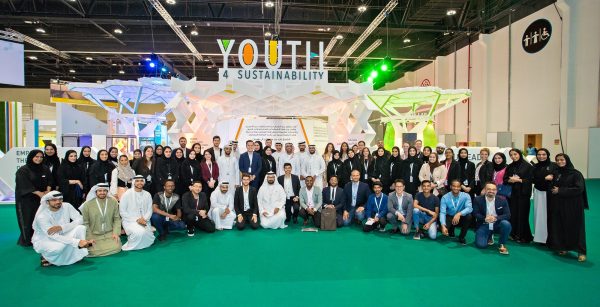