The UAE’s Journey to Sustainably 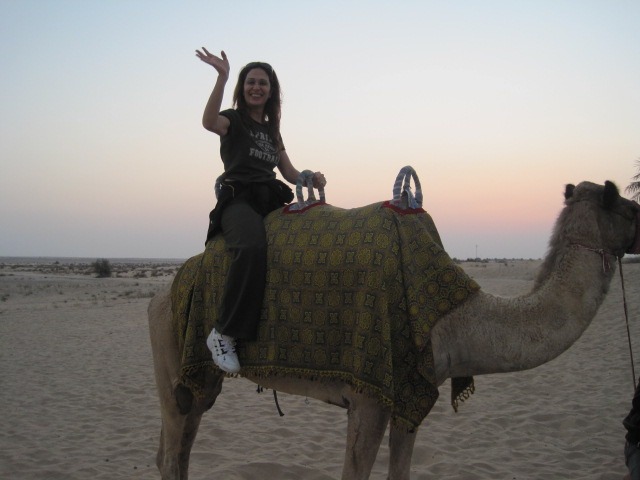 The road ahead beckons us to usher in a harmonious sustainable society. After agriculture, industrial, and information age, the fourth wave of economy is the wave of sustainable development or the quest for sustainability (Alleem, 2014, p. 13). The future will belong to companies and people who are far-sighted and work towards creating solutions that reduce our living conditions (Alleem, 2014, p. 18-19). We need to replace the dominant values of greed, competition, and accumulation for those of solidarity, co-operation, and compassion (Novkovic &Webb, 2014, p.17).

The term sustainable development can be defined, in Brundland Commissions terms, as a means to ensure that it realizes the present without compromising the ability of future generations to realize their own  needs. Sustainable development is also the development that considers the economy, environment, and society as a whole system (Greenwood and Sharp, 2010, p. 53).

Sustainability means different things to different people, depending on whether they stress environmental sustainability, economic growth or human development. A major concern for states and localities is the cost of sustainable practices. New materials and methods are developed daily to substitute for those that have caused problems in the past (Greenwood and Sharp, 2010, p. 61). Moving towards sustainability is a change that needs to be implemented locally and internationally to face the uncertainties that we have witnessed in light of global level. UAE government and companies are designing and building sustainable goals based on strategic outcomes and think carefully about the types of collaboration that will help foster community-based, social, environmental, and economic value creation.

Aware of the impending problems of relying on finite resources such as oil and their volatile prices, the UAE has embarked on massive infrastructural programs aimed at diversifying their economies and creating job opportunities for their citizens. The UAE has invested in renewable and potential future energy fuels such as solar and nuclear as beneficial and uninterrupted sources of power, and some GCC countries are in the process of serious discussions to formulate policies for adopting nuclear power for peaceful applications. The geographic location of the UAE and the weather conditions allow an abundance of solar irradiance and intensity to stay available for a sufficient amount of time every day and all year round (Jayaraman et al , 2015, p. 256). Moreover, the UAE was the first gulf country to ratify the Paris Agreement. UAE has developed “Vision for Year 2030” which includes economic growth and diversification. Though not bound by treaty on GHG emissions through a classification of a Non-Annex 1 status, the UAE voluntarily decided to sign Kyoto protocol in 2005 reaffirming to commit to reducing the GHG emissions (Jayaraman et al , 2015, p. 256). In 2009, the establishment of the Emirates Nuclear Energy Corporation was a step towards addressing the objective of meeting 25% of the UAE’s electricity demand through nuclear energy by 2020, which means that renewable energy resources will be used along with fossil fuel to power electricity generation and water desalination plants. (AlFarra &Abu-Hijleh 2012).

the UAE has adopted the UAE Green Agenda 2015-2030 as a framework for green growth initiatives with a focus on developing industries, such as clean energy, green building, sustainable use of resources, and environmental goods and services. The five strategic objectives, twelve programs, and 96 implementation initiatives of the UAE Green Agenda 2015-2030 are designed to cover all key aspects of a Green Economy transition – from technology, human capital, regulatory environment, green finance, international trade, local content, intellectual property, consumer awareness, and integrated national planning. By transforming the UAE into a Green Economy, it is expected to create 160,000 new jobs, reduce carbon emissions, and bring a total boost to the country’s GDP of up to 5.5% by 2030 (UAE Green Economy Report, 2016, p. 39).  The United Arab Emirates (UAE) Vision 2021 highlights an ambition to  attain a ‘competitive and resilient economy’ and a ‘sustainable environment’ (Jayaraman et al , 2015, p. 255). Building upon the Vision 2021 and influenced by  international initiatives for the Green Economy proceeding the Rio+20 Summit of the United Nations, the UAE launched the Green Economy for Sustainable Development initiative in 2012. Through this resolution, the UAE stated its determination to enhance the competitiveness and sustainability of its development and preserve its environment for future generations, with an ambition to become a global hub and a successful model of sustainable development (UAE Green Economy Report, 2016, p. 44). In 2016, The formation of the Ministry of Climate Change and Environment (MOCCAE) was aimed at tackling climate change issues in a way that makes economic sense while protecting our natural heritage. The UAE Council on Climate Change and Environment was established also in 2016 to consolidate the existing committees and streamline high-level decision-making. In addition, the Emirates Committee for Sustainable Environment Research was launched in 2016 (Al Zeyoudi , 2017, p.2).

The UAE has made advances in policies that provide a sound basis for revised ambition and engagement (Mittal, 2017, p26). In June 2017, the UAE cabinet adopted the National Climate Change Plan 2050, in order to implement a coordinated effort to mitigate greenhouse gas emissions and adapt to imminent climate impacts. Earlier during 2017, the UAE Energy Plan 2050 was announced, designed to increase the contribution of renewable energy in the total energy mix to 44 per cent, increase consumption efficiency by 40 percent, and cut carbon emissions resulting from power generation by 70 per cent (Mittal, 2017, p26).  This is in addition to the Ecological Footprint Initiative that has focused on developing science-based policies that help reduce the UAE co2 emissions. This initiative is a partnership that includes the UAE Ministry of Climate Change and Environment, Emirates Authority  for Standardization and Metrology, Global Footprint Network, and Emirates Wildlife Society. the UAE has introduced a new ranking system for commercial and residential properties (Al SA’Faat),  and has hosted (in Masdar City) since 2009 the International Renewable Energy Agency (IRENA). 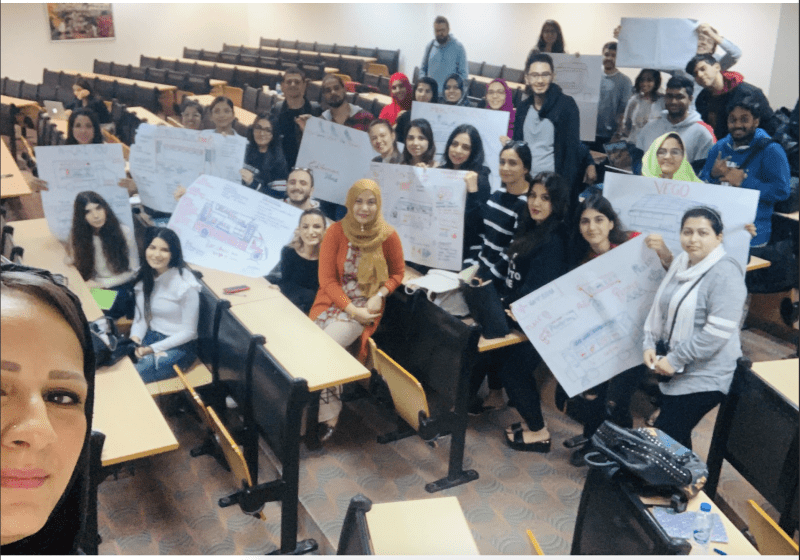 Sustainability Begins in the Classroom!